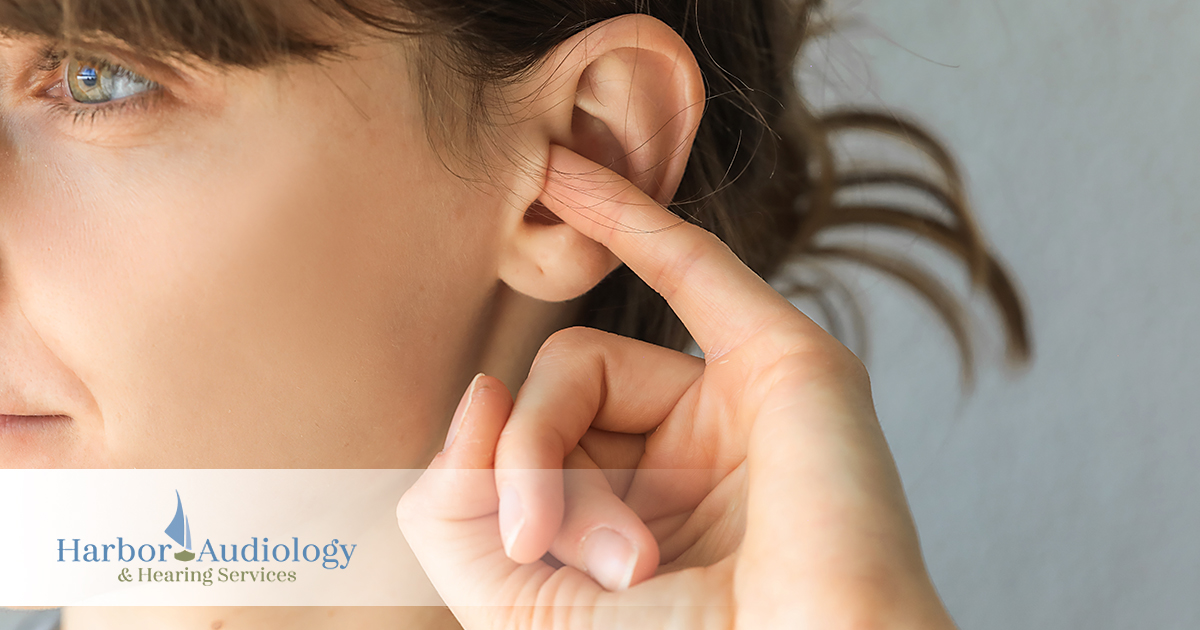 What Does Loud Ringing in Your Ears Mean?

The same way a beeping fire detector is a warning to escape a fire, ringing in your ears is an important signal to pay attention to your auditory health.

Ringing in your ears is also known as tinnitus. This condition can take a variety of forms.

You might not hear ringing, but you will hear repetitive sounds that don’t relate to anything going on in the world around you.

Tinnitus can present itself as hearing clicking sounds, whooshing sounds, ticking, hissing, or high-pitched tones that just don’t quit. It can occur in one ear, or both ears.

The sound is usually more noticeable when there aren’t other sounds to listen to, such as at night, when you are trying to get to sleep.

These sounds aren’t a hallucination—hallucinations are much more complicated—but if you hear them long enough, you can begin to think you’re going crazy.

Only you aren’t. You just have a treatable hearing condition. Harbor Audiology can help.

Tinnitus is not a rare condition. The National Institute on Deafness and Hearing Disorders estimates that 10 percent of all American adults have at least one noticeable experience of the condition (lasting five minutes or more) every year.

The U.S. Centers for Disease Control estimates that 15 percent of the general public—that’s over 50 million people—deal with tinnitus on a regular basis, and 20 million people suffer diminished quality of life because of it.

About two million people are so disabled by tinnitus that they cannot sleep and cannot work, participate in family and social life, and pursue their life goals.

There are two kinds of tinnitus.

About 99 percent of cases are subjective tinnitus. In this form of tinnitus, the only person who can hear the noises is the patient.

There is also a rare form of the disease known as objective tinnitus, which makes sounds that can be heard by both the patient and people nearby.

Subjective tinnitus is usually related to the body’s reactions to hearing loss. The brain fills in the gaps in auditory information with noise. Objective tinnitus, which accounts for just 1 percent of cases, results from problems in the circulatory system or muscle movement.

There is no scientifically validated cure for every case of tinnitus, but there is a lot your audiologist can do to make symptoms more bearable.

What Harbor Audiology Can Do to Help You with Tinnitus

No one can “cure” tinnitus. Doctors can’t repair the causes of tinnitus or eliminate the nerve signals that carry these unwanted signals to the brain. However, there are highly effective tools to help tinnitus patients manage their condition, reducing the intensity, omnipresence, and burden of the disease.

Why would you want a treatment that doesn’t make the disease go away?

Treatments for tinnitus are a lot like taking aspirin for a headache.

Your pain reliever may not make the headache go away, but the pain won’t be as bad.

Some treatments for tinnitus include:

Getting the best possible outcome from tinnitus treatment begins with a visit to a professional audiologist.

Your audiologist will make sure that your symptoms aren’t really caused by some other condition, such as TMJ (temporomandibular joint syndrome), an adverse reaction to an antibiotic, a head or neck injury, or obstructions inside your ear.

Then your audiologist can work with you to find the treatments that give you the most relief. Sometimes, the right hearing aid makes a huge difference.

The audiologists at Harbor Audiology are experts in hearing care.

They can give you the diagnosis, treatment, and guidance you need for achieving the best hearing possible.

We have extended hours for convenient appointments.


Categorised in: Ringing in Ears