Videonystagmography testing, better known as VNG testing, is a method of measuring a kind of involuntary eye movement called nystagmus.

Nystagmus causes your eyes to move up and down or from side to side.

These movements can be sudden or steady, slow or fast.

They happen when your brain gets conflicting messages from your eyes and your inner ear.

There are fewer than five places in Washington State where you can get VNG testing. One of them is Harbor Audiology. 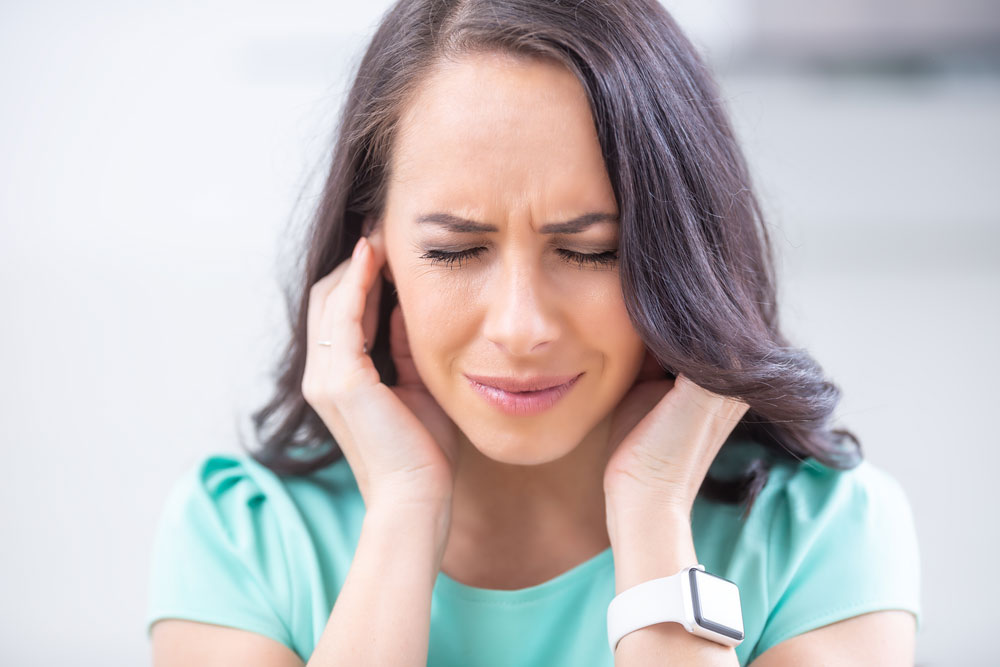 Why would someone need VNG testing?

People referred to Harbor Audiology typically have symptoms of a vestibular disorder.

A symptom that nearly all vestibular disorder patients present is dizziness.

Dizziness is just a catch-all term for symptoms of imbalance.

You might suffer vertigo, the sensation that your surroundings are spinning around you.

You might stagger when you walk or deal with lightheadedness, the feeling that you are about to faint.

Other symptoms of vestibular disease include:

Vestibular disease often comes on quickly. One day, you are feeling fine, the next day, you have many of the symptoms listed above.

These symptoms may cause you to feel nauseous, or they can result in actual vomiting.

This condition occurs in both males and females and in people of all races, but it is more common after the age of 40.

About 1 in every 30 people will have the condition at some point in life.

What happens during a VNG test?

Doctors usually refer patients who need VNG testing to ear and hearing specialists, as you will find at Harbor Audiology.

To prepare for VNG testing you will be asked to refrain from taking certain medications for 24-48 hours before the test, as well as refraining from alcohol and caffeine.

This is very important to follow as having any of these medications in your system at the time of testing will negate the test results.

If you are not given a list of medications to avoid, or if you have any questions about medications you are taking, you should call the testing office at least 3 days prior to your appointment.

During your VNG test, you will sit in a dark room and wear special goggles.

The goggles contain a camera that records your eye movements.

To get the most accurate results it is best to refrain from wearing eye makeup as it can confuse the camera.

In the first part of VNG testing, all you have to do is to watch moving and non-moving dots on a light bar.

This part of your VNG test is known as ocular testing.

Next, your examiner will place your head and body in various positions.

Known as positional testing, this part of the VNG test reveals if motion or changes in position cause nystagmus.

The third part of your VNG test is caloric testing. In this part of the test, your audiologist will blow hot air into one ear and cold air into the other.

When one ear receives warmth, your eyes should reflexively move toward that ear, and then slowly back.

If that doesn’t happen, there may be nerve damage that is causing symptoms.

Are there any side effects of VNG testing?

A VNG test may make you dizzy. For some they are able to rest awhile and will feel fine but for some the effect can last for quite some time.

It is recommended to make arrangements for someone to drive you home.

The most common findings of VNG testing are Meniere’s disease, a condition that most commonly causes symptoms in just one ear, or labyrinthitis, a condition resulting from inflammation of the inner ear.

Your Harbor audiologist will send the results to your referring ENT specialist and a course of care can be determined.

At every point in the healing process, Harbor Audiology is here to help.

Harbor Audiology is experienced in filing for VA benefits. We work with all major insurance plans. We are open most evenings and Saturdays.