Have you ever noticed that you don’t hear yourself talking? Or that the first crack of thunder in a thunderstorm is louder than all the others that come after it?

Healthy ears have the ability to shut out excessively loud or repetitive sounds with the acoustic reflex. The acoustic reflex is an involuntary contraction of muscles in the middle ear when you start to talk or sing, or when you hear a loud sound.

What Happens During the Acoustic Reflex?

The acoustic reflex stops the vibrations of three small bones known as the ossicles. These three tiny bones, commonly known as the hammer, anvil, and stirrup, transmit vibrations from the outer ear to the fluid-filled cochlea (also known as the labyrinth) of the ear. Without these three bones, your hearing would be severely limited. The acoustic reflex activates the stapedius and tensor tympani muscles to pull the “stirrup” bone away from the ear canal to reduce the transmission of sound to the inner ear.

The acoustic reflex happens faster than you can think about it, in about 1/100 of a second. That isn’t fast enough to prevent your hearing every loud noise, but it will protect your hearing from loud noises repeated every two or three seconds. The auditory reflex is more protective against low-frequency, loud noises than against high-pitched loud noises.

How Your Audiologist Tests Your Auditory Reflex?

In this test, the audiologist places a probe that looks something like an earphone into each ear. A small device attached to the probe then pushes air into your ear. Since the reflex involved in this test is automatic, all you have to do is to sit still.

Tympanometry can also reveal defects in your eardrum.

Most of the time, of course, acoustic reflex testing doesn’t reveal any drastic hearing problem. It simply pinpoints auditory defects for choosing precisely the kind of hearing aid that will be the most helpful. 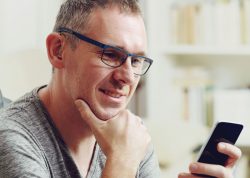 Harbor Audiology is experienced in filing for VA benefits, and we work with all major insurance plans. We are open most evenings and Saturdays. Harbor Audiology has offices in Tacoma, Gig Harbor, Silverdale,  Sequim, Port Angeles, and Bainbridge Island.  Request your appointment online today!