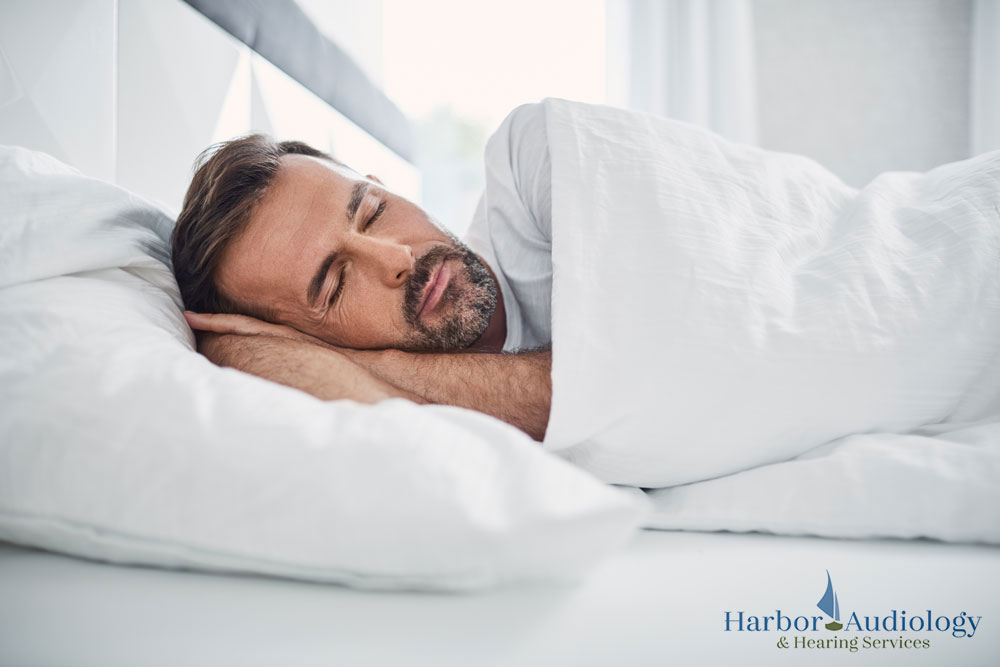 What Side Should I Sleep on With a Ruptured Eardrum?

How you sleep can make a big difference in how you feel when you have a ruptured eardrum. The basic rule is very simple:

Keep pressure off the ear that has a ruptured eardrum.

If you have a ruptured eardrum in just one ear, sleep on the other side of your body.

Or if you usually sleep on your back or you have ruptures in both eardrums, sleep with your head elevated a couple of inches above the rest of your body.

This just means sleeping on two pillows instead of one.

Gentle warmth relieves the pain caused by a ruptured eardrum. Here the operative term is “gentle.”

You aren’t helped by pressing your ear down on a heating pad at its maximum setting.

Placing a cloth-covered heating pad loosely over the affected ear while you sleep won’t completely relieve pain, but it may be just enough pain relief that you are able to get some sleep.

Now, let’s take a look at some other considerations for taking care of a ruptured eardrum at home.

The first step in eardrum care is always an accurate diagnosis.

There are conditions that produce some of the same symptoms as a ruptured eardrum that require entirely different care, TMJ (temporomandibular jaw syndrome), for example.

You don’t want to spend weeks taking care of a condition that you don’t have while not getting treatment for a condition you do have.

Start ruptured eardrum care with a visit to Harbor Audiology.

Once it has been established that your problem is a ruptured eardrum, follow these additional steps.

Even apparently clean water can carry bacteria that can infect a ruptured eardrum.

A biofilm of Pseudomonas or E. coli or even staph bacteria can accumulate inside a showerhead, for example.

To minimize the risk of infection:

If you are given a prescription for antibiotics, it is important to take every pill on schedule until you have finished the entire bottle. The reason for this is that some bacteria are naturally resistant to antibiotics. They take longer exposure to the drug before they die off. If you stop your antibiotic too soon, they survive and are free to multiply unchecked because the drug-susceptible bacteria are no longer there to keep them in check.

When practical, relieve ear pain with warm, moist heat, such as a clean washcloth dipped in hot (never scalding) water that you have wrung out so it doesn’t drip.

This helps you reduce the amount of pain medication you take.

Don’t put anything inside your ear canal

Q-tips can cause severe injury to ruptured eardrums. Don’t put anything inside your ear canal, solid or liquid.

Eucalyptus oil kills many of the kinds of bacteria that are associated with both dental and ear infections.

The problem with these herbs is that they aren’t really treating the underlying problem.

They don’t do very much to accelerate wound healing. Since they are liquids, they can slosh around in the ear canal, aggravating other ruptured eardrum symptoms.

They are as likely to cause a stinging or burning sensation as they are to relieve a dull earache.

If you aren’t getting the pain relief you need as you are getting over a ruptured eardrum, call Harbor Audiology for help.

We can offer treatments that reduce your pain and make the whole process of getting over a ruptured eardrum much more bearable.

The good news about ruptured eardrums is that they usually heal on their own in a few weeks. You should hear normally by then.

At every point in the healing process, Harbor Audiology is here to help.

Harbor Audiology has experience filing for VA benefits, and we work with all major insurance plans.

We are open most evenings and Saturdays. Harbor Audiology has offices in Tacoma, Gig Harbor, Silverdale,  Sequim, Port Angeles, and Bainbridge Island.