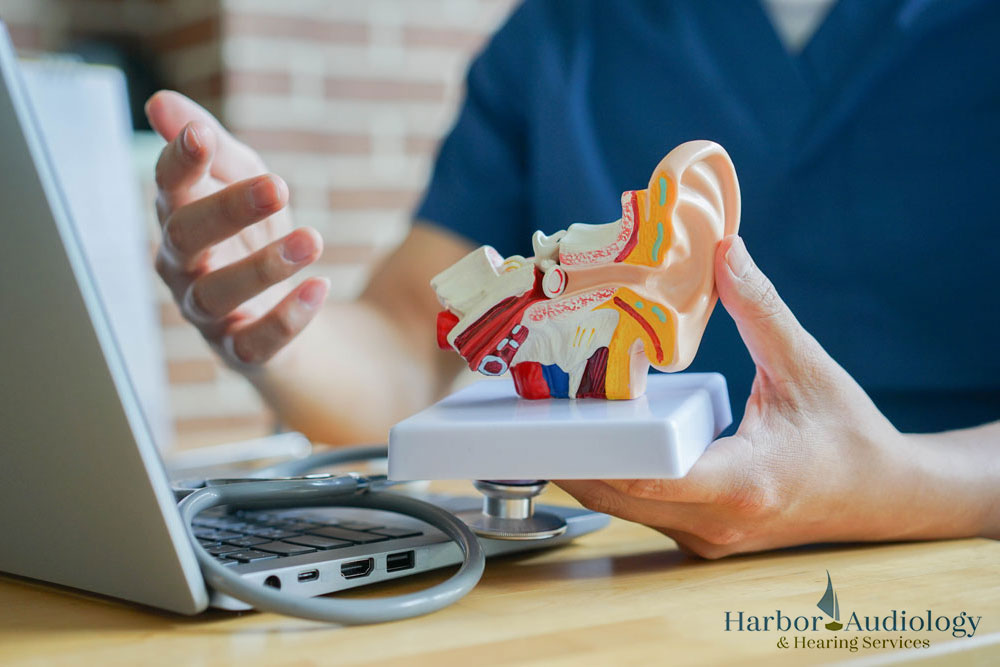 What is the Formal Name for the Eardrum?

The scientific name for the eardrum is the tympanic membrane or the myringa.

The analogy to the timpani that is played with a symphony orchestra is especially apt.

Timpani (the formal name for the musical instrument commonly known as a kettledrum) is the thin sheet of a drum head stretched across a bowl, usually made of copper.

The tympanic membrane, in your ear, is also a thin sheet of tissue stretched across an oval opening, only separating your external ear from your middle ear.

Unlike a timpano membrane, the tympanic membrane does not lie flat. It is slightly cone shaped.

Also, unlike the musical instrument, both sides of the tympanic membrane are not exposed to air.

How does the tympanic membrane work?

Have you ever wondered why the visible portions of our ears are shaped the way they are?

The pinna, or auricle, is the visible part of the outer ear.

It captures and focuses sound waves into the ear canal, also known as the external auditory meatus.

As sound waves travel into the ear canal, they are amplified.

Once sound waves round a bend in the ear canal, they strike the tympanic membrane.

They make a relatively hard and thick part of the eardrum called the pars tensa to vibrate.

Three layers of skin, fibrous tissue, and membrane give this part of the eardrum a range of responses to detect fine gradations in the intensity of sound.

The relatively thin and smaller pars flaccida maintains constant pressure on the inner side of the eardrum even when atmospheric pressure rises and falls.

The vibration of the eardrum sets three tiny bones known as the ossicles into motion.

The tiniest bones in the human body, the ossicles, transmit motion into the snail-shaped cochlea in the inner ear, which is lined with 25,000 nerve endings that send electrical signals to the brain in response to the changes in the fluid around them.

The most common eardrum problem, one probably all of us know about, is the ruptured eardrum.

The drainage of fluid that often occurs in cases of ruptured eardrums is impossible to miss. Other eardrum issues aren’t as well known to the general public.

A few patients develop cholesteatoma, a skin-lined cyst that begins at the margins of the eardrum and invades the middle ear.

People who have recurrent middle ear infections may develop tympanosclerosis, a condition of scarring and thickening of the tympanic membrane.

And it is possible to have a dysfunction of the Eustachian tubes that results in the retraction of the eardrum from the margins of the ear canal.

Your audiologist at Harbor Audiology can recognize these and other eardrum issues in need of treatment.

Harbor Audiology is here to help

Harbor Audiology has experience filing for VA benefits, we are happy to work with all major insurance plans.

We are open most evenings and Saturdays. Harbor Audiology has offices in Tacoma, Gig Harbor, Silverdale,  Sequim, Port Angeles, and Bainbridge Island.